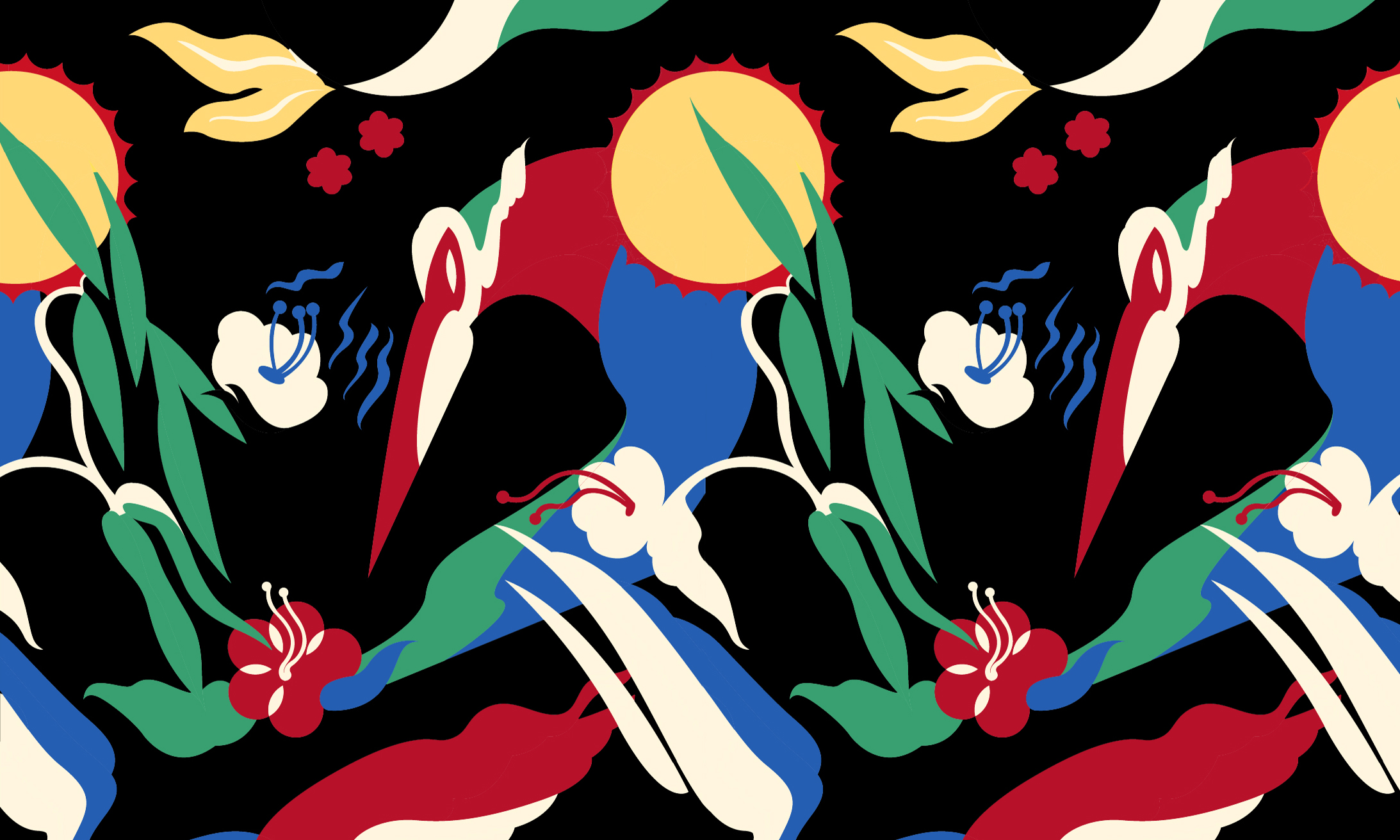 The ANGEL CHEN AW2018 collection creates an imaginary world based on the designer’s picturesque dream of a brand-new kind of nature, built with a vibrant palette of colour and visual wonder. A world made purely from illusions where the ocean meets the sky, the sun transforms into a golden phoenix abreast with the moon, and the white petals and corals are conjointly glittering deep under the ocean.

Angel Chen says: “On a magnificent snowy mountain, the sun and the moon tint a flock of sheep in red and gold. I watched them roaming free. A giant tiger on another hillside suddenly awakes from sleep causing the ground to shake. I try to run away, but the tiger was not as fierce as I first imagined, it was just playing hide-and-seek with the goldfish with its chubby claws.”

ANGEL CHEN is well-known for its splendid use of exuberant colours. Tones of red, yellow, blue and green bring alive a vivid fantasy. Besides the yellow and red flame-resistant beach wool, exclusive creative textures feature in the AW18 collection: the SKY is interpreted by the jacquard knit fabric customised by Parisian high-end textiles house, Malhia Kent, while the SEA is fashioned from a translucent washed technical fabric decorated with white mohair embroidery petals. The TIGER is presented with a combination of 3D embroidery and faux fur, while the surrounding GOLDFISH and BELLS are made up of colourful sequins.

As well as Angel’s original designs, Minju Kim, a Korean artist who graduated from Royal Academy of Fine Arts Antwerp MA Fashion course, was invited to illustrate the dreamland of new the season. The concept is fully enriched and refined with aesthetic print and embroidery in her distinctive illustration style.

Evolving from the animal-like backpacks in the previous collections, the platypus handbag is this season’s offering, embodying the continued theme of nature in a playfully humorous way. Footwear has been co-designed in the form of high heels for women’s looks with Taiwanese brand ‘Abcense', while the continued connection with Adidas is seen again for AW18, with some looks matched with Adidas Originals sneakers presenting a high-end streetwear feel. 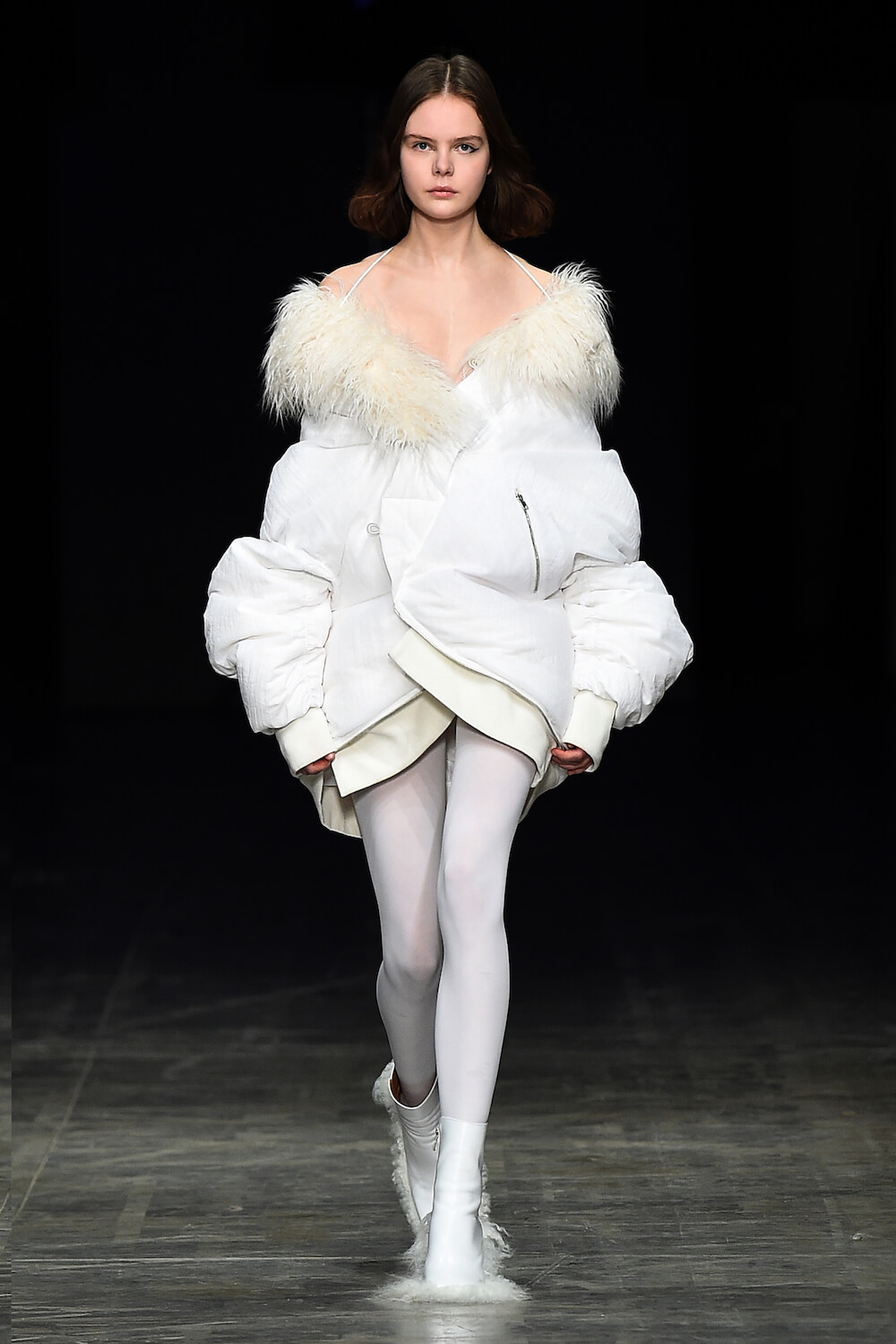 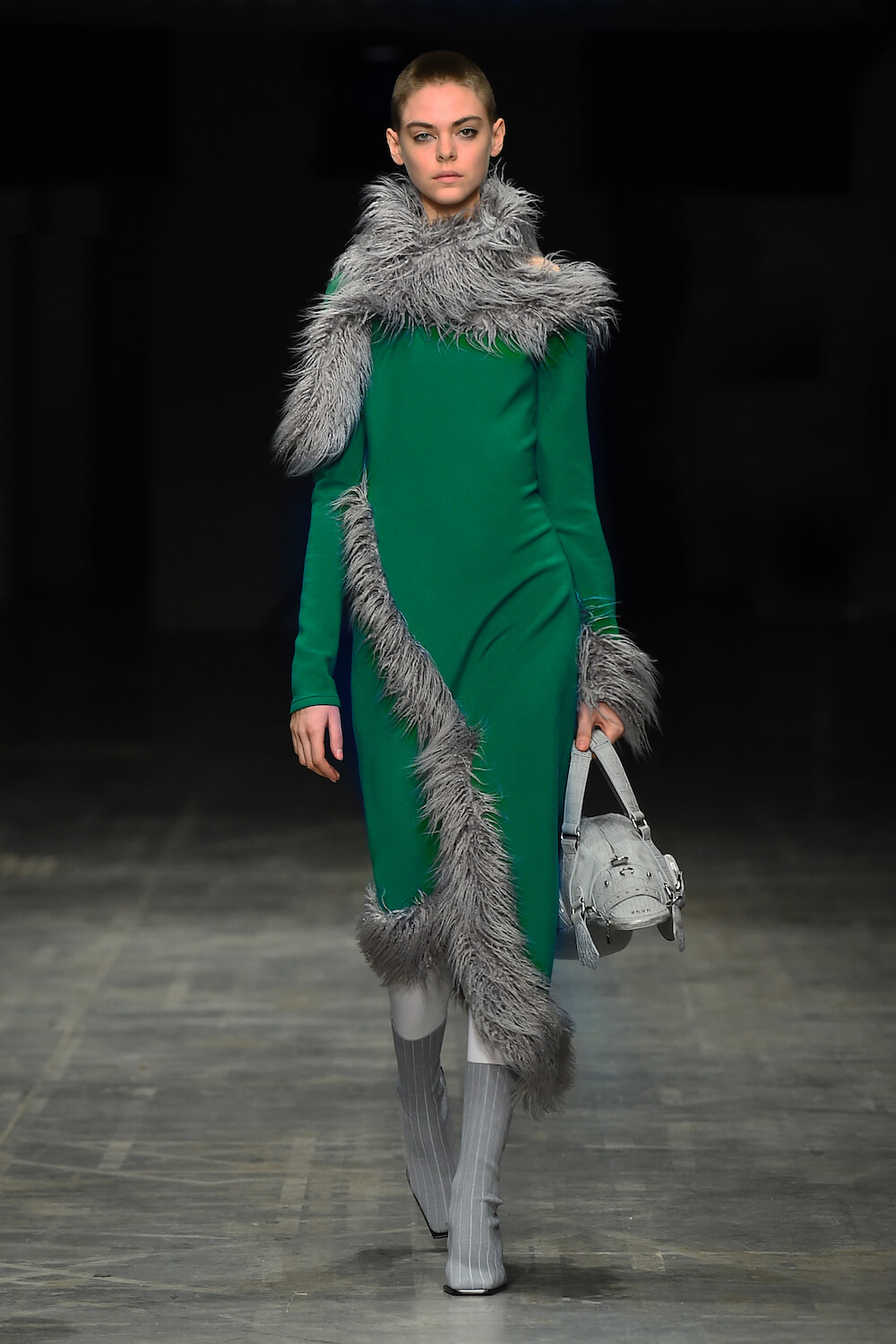 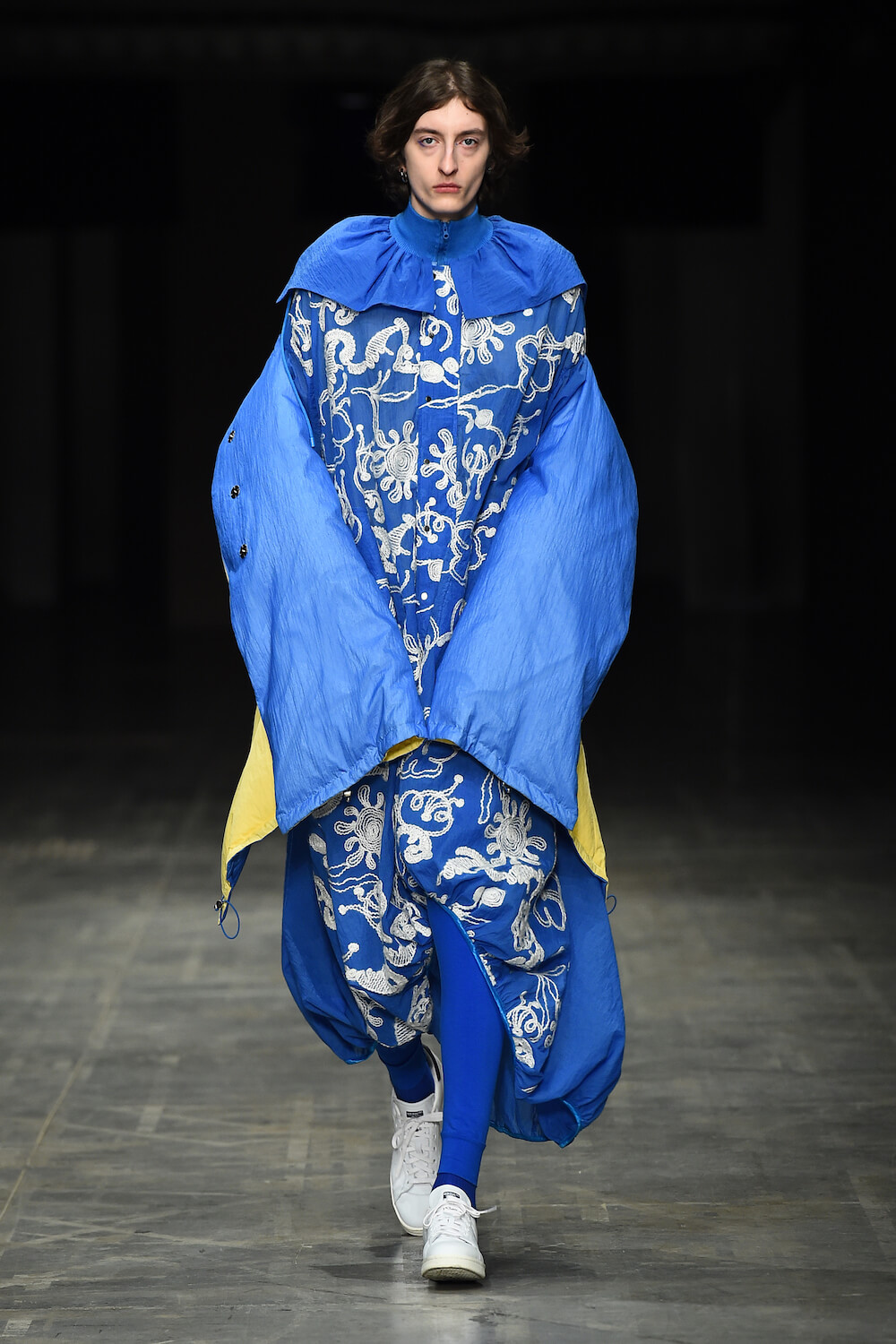 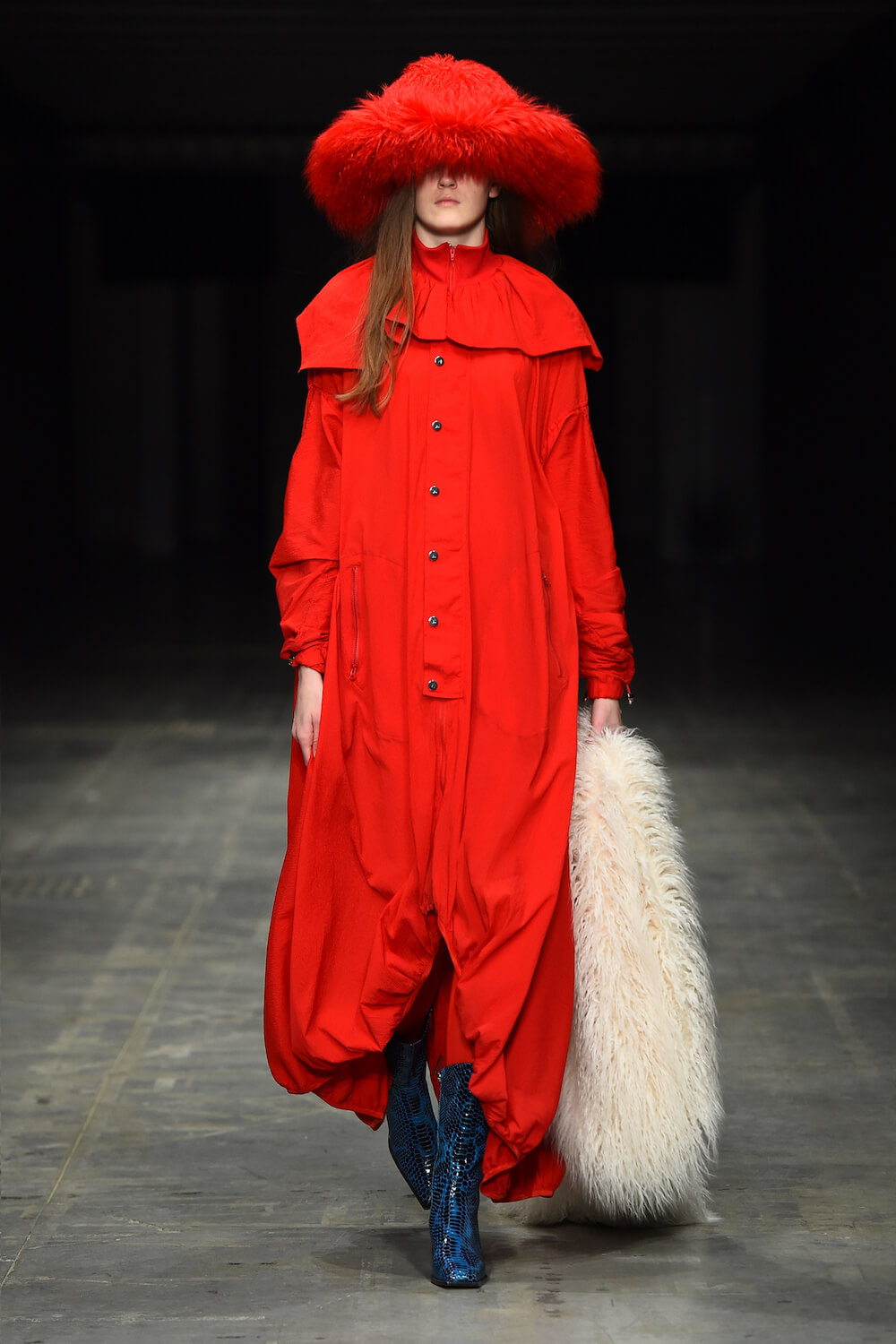 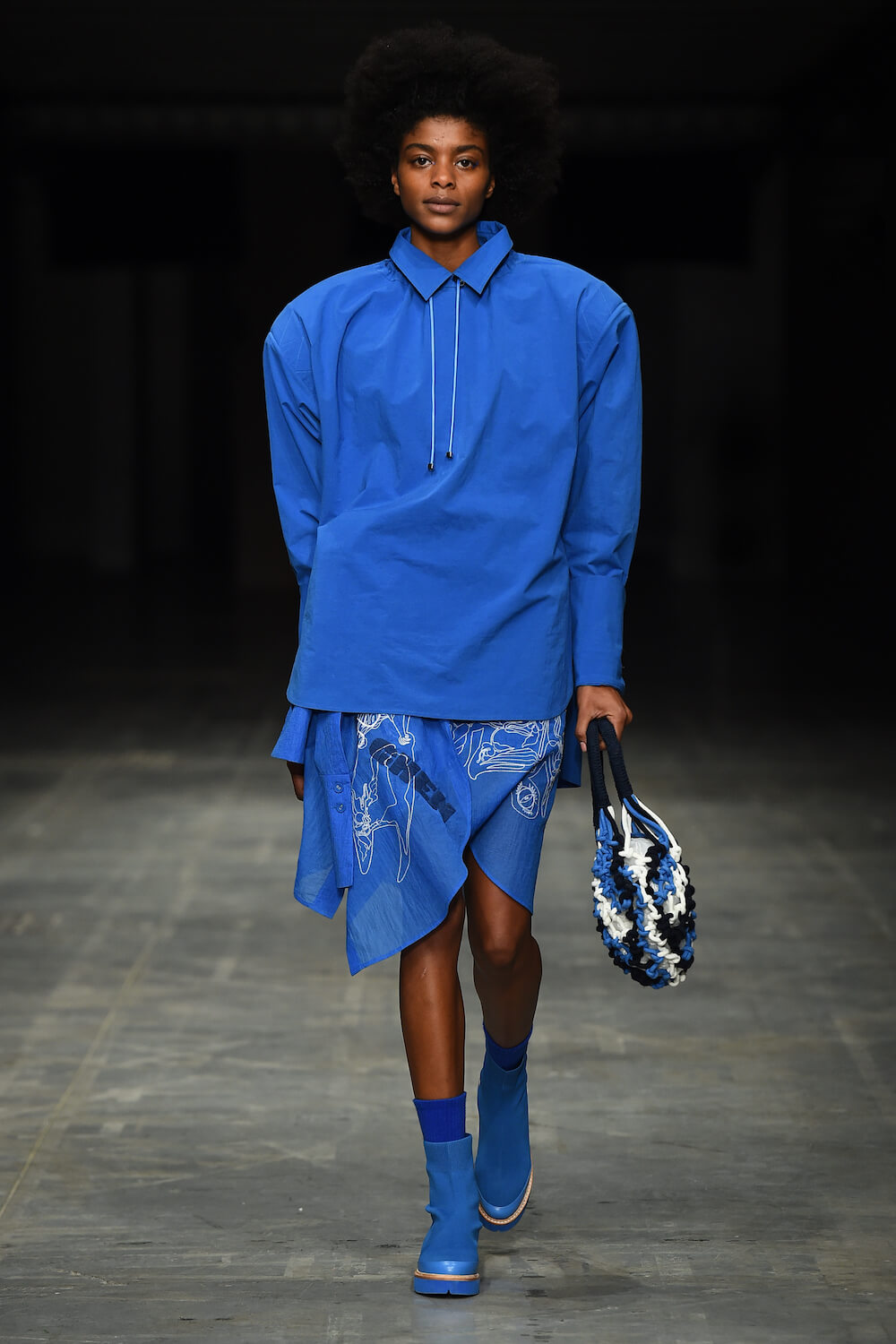 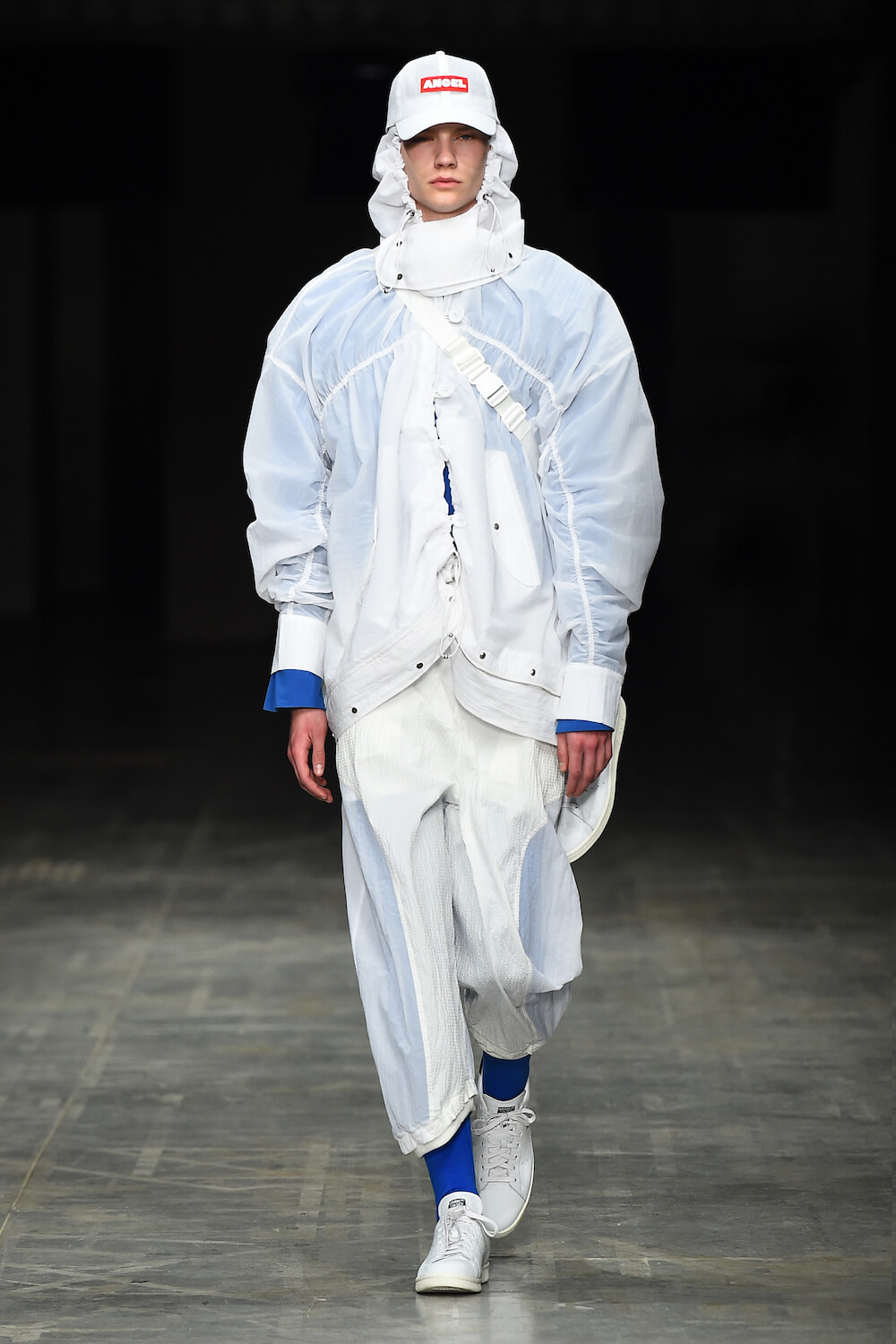 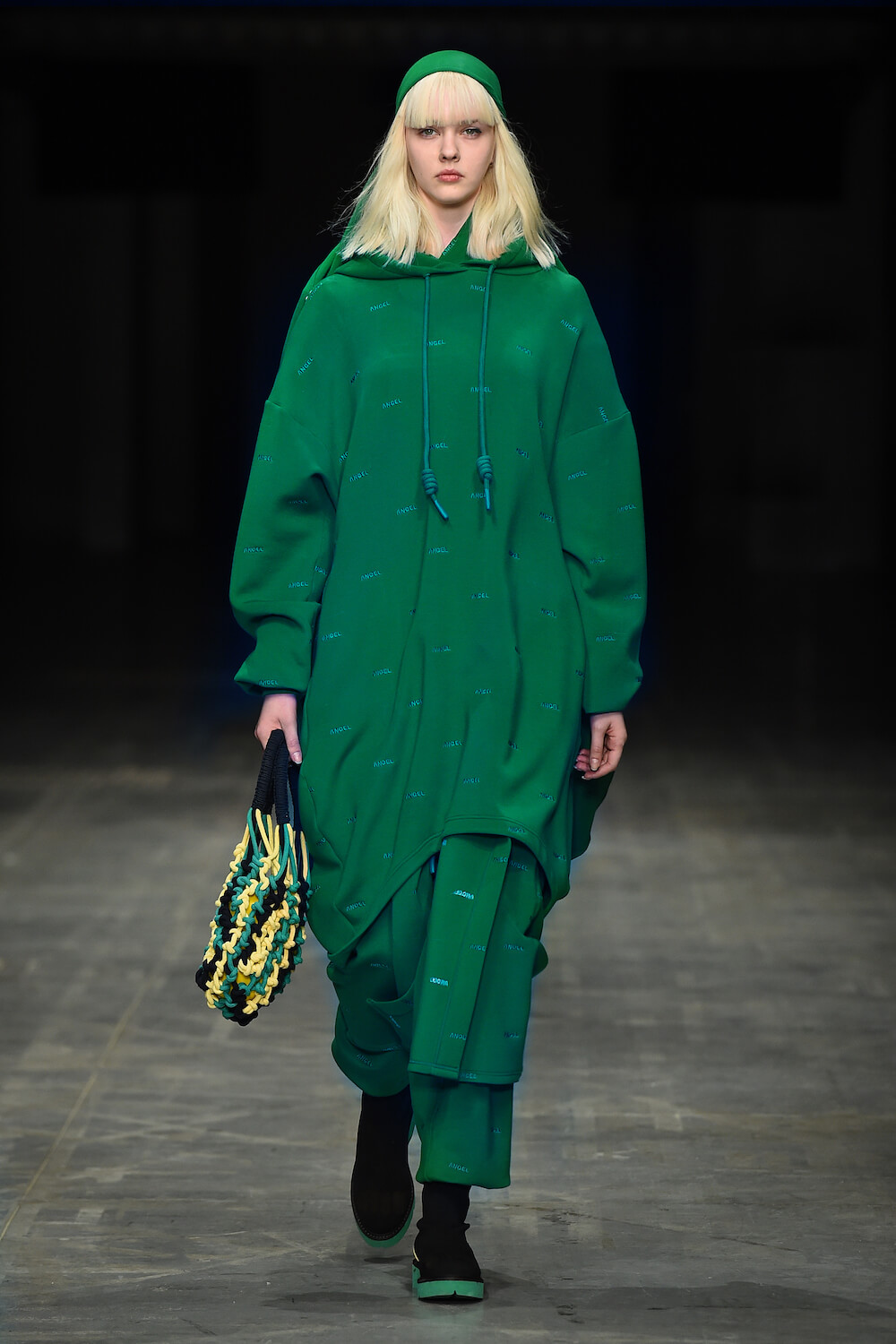 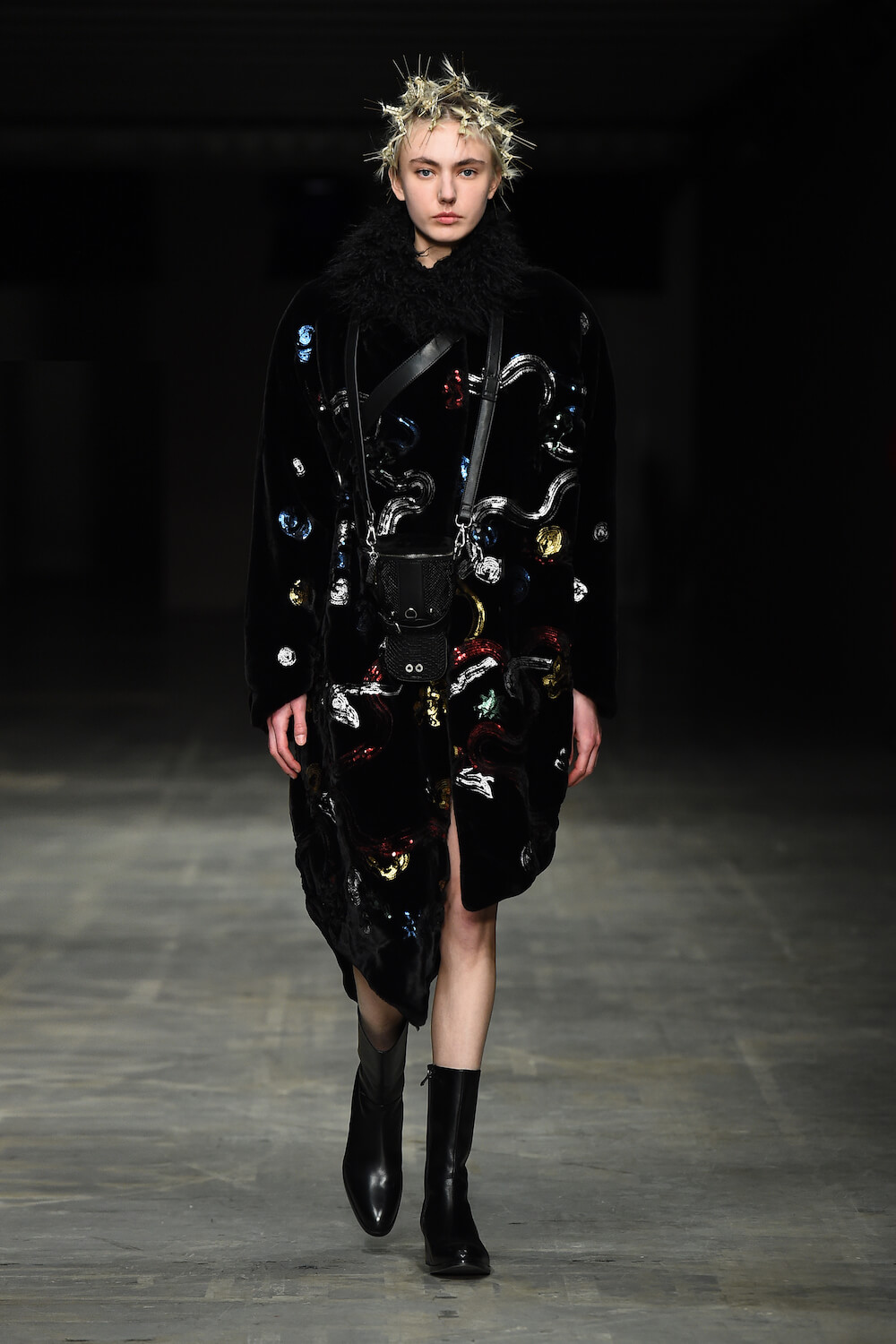 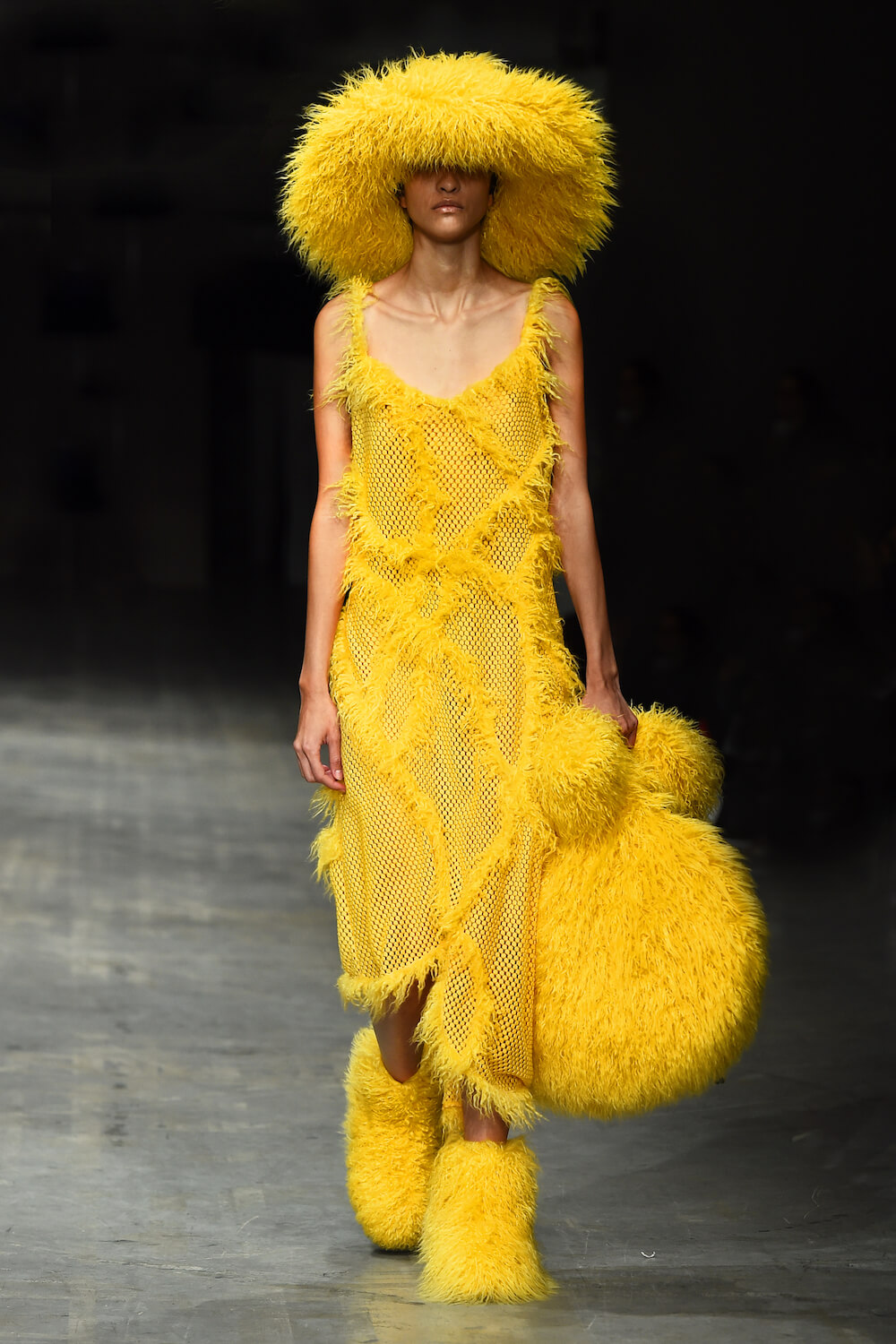 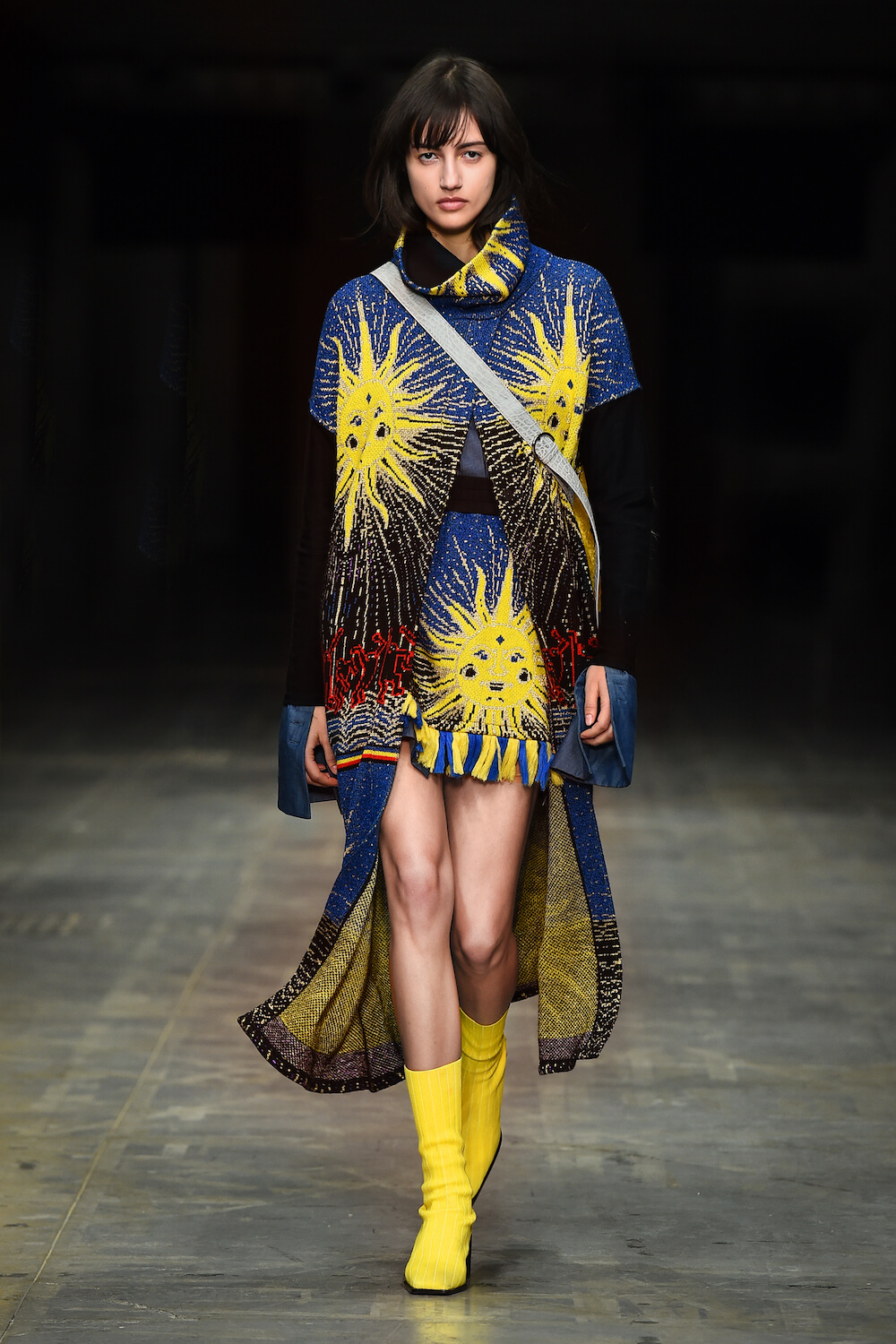 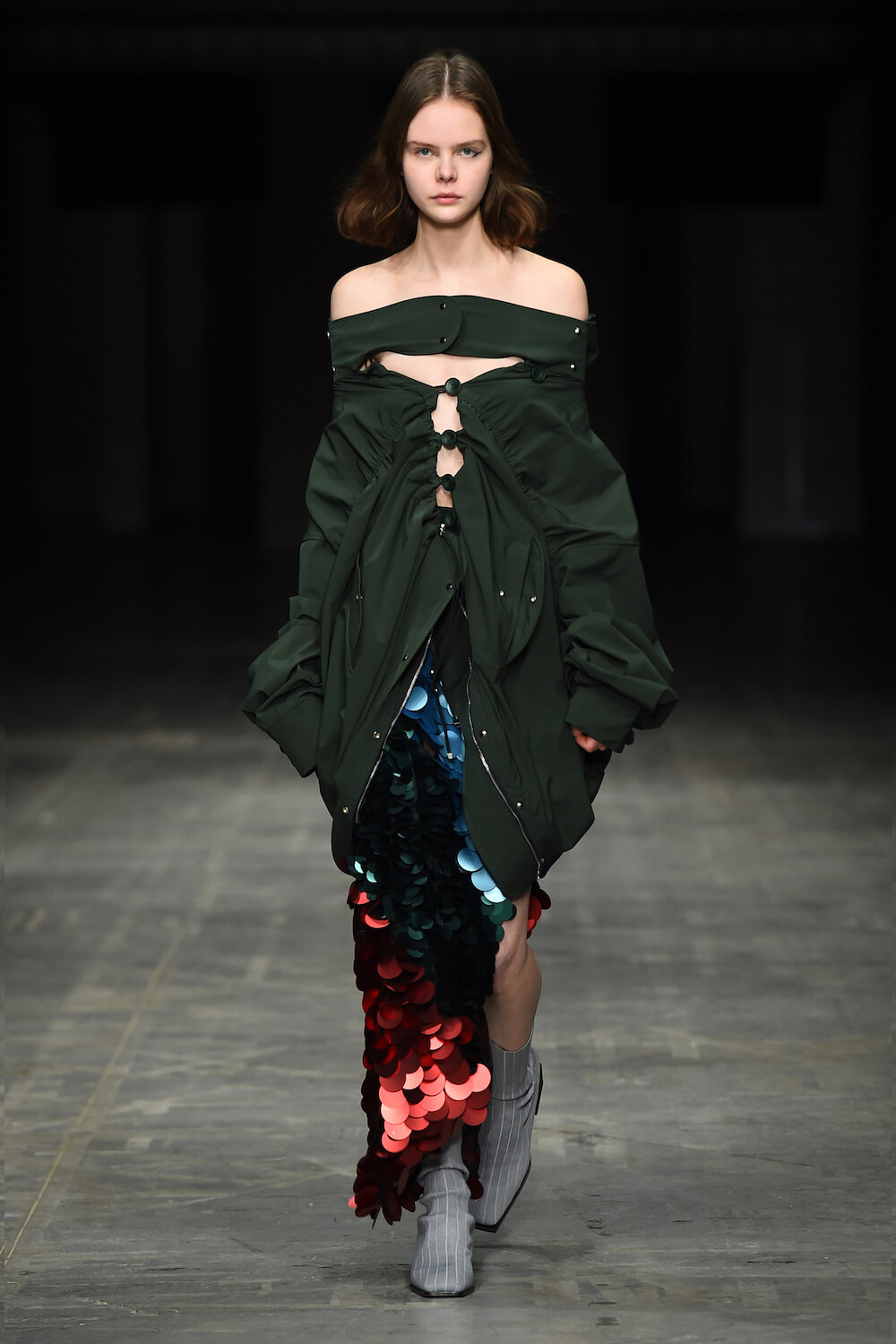 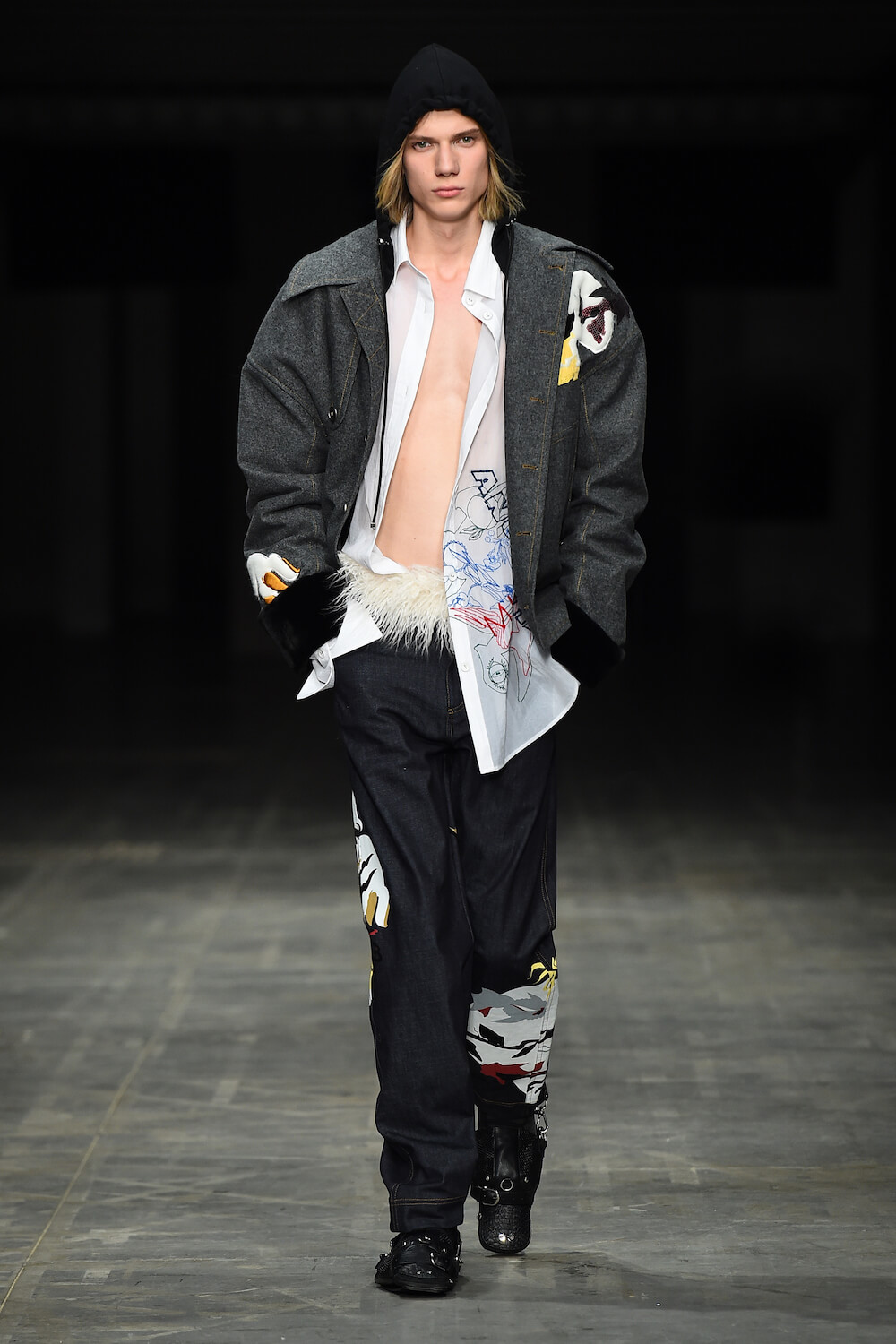 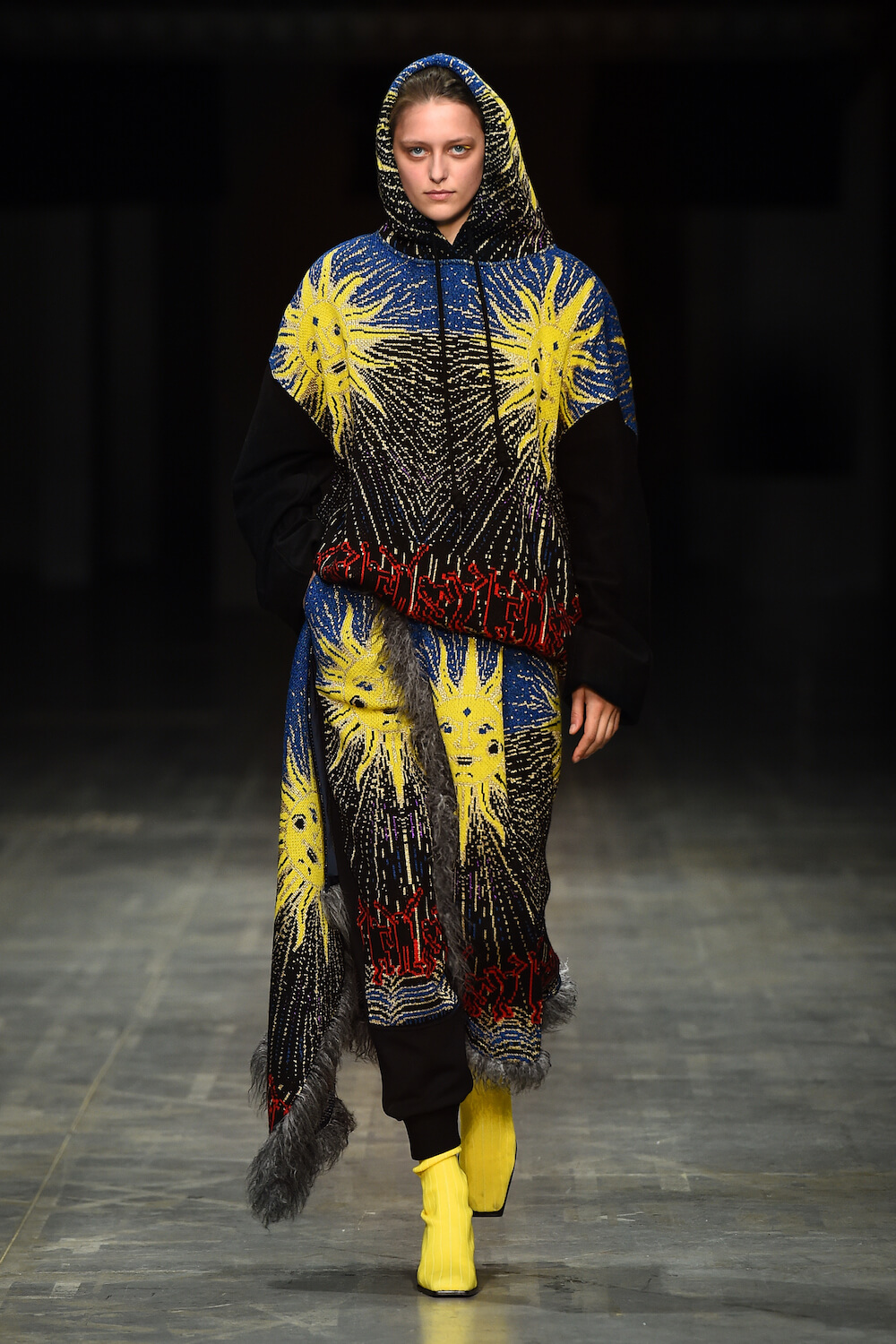 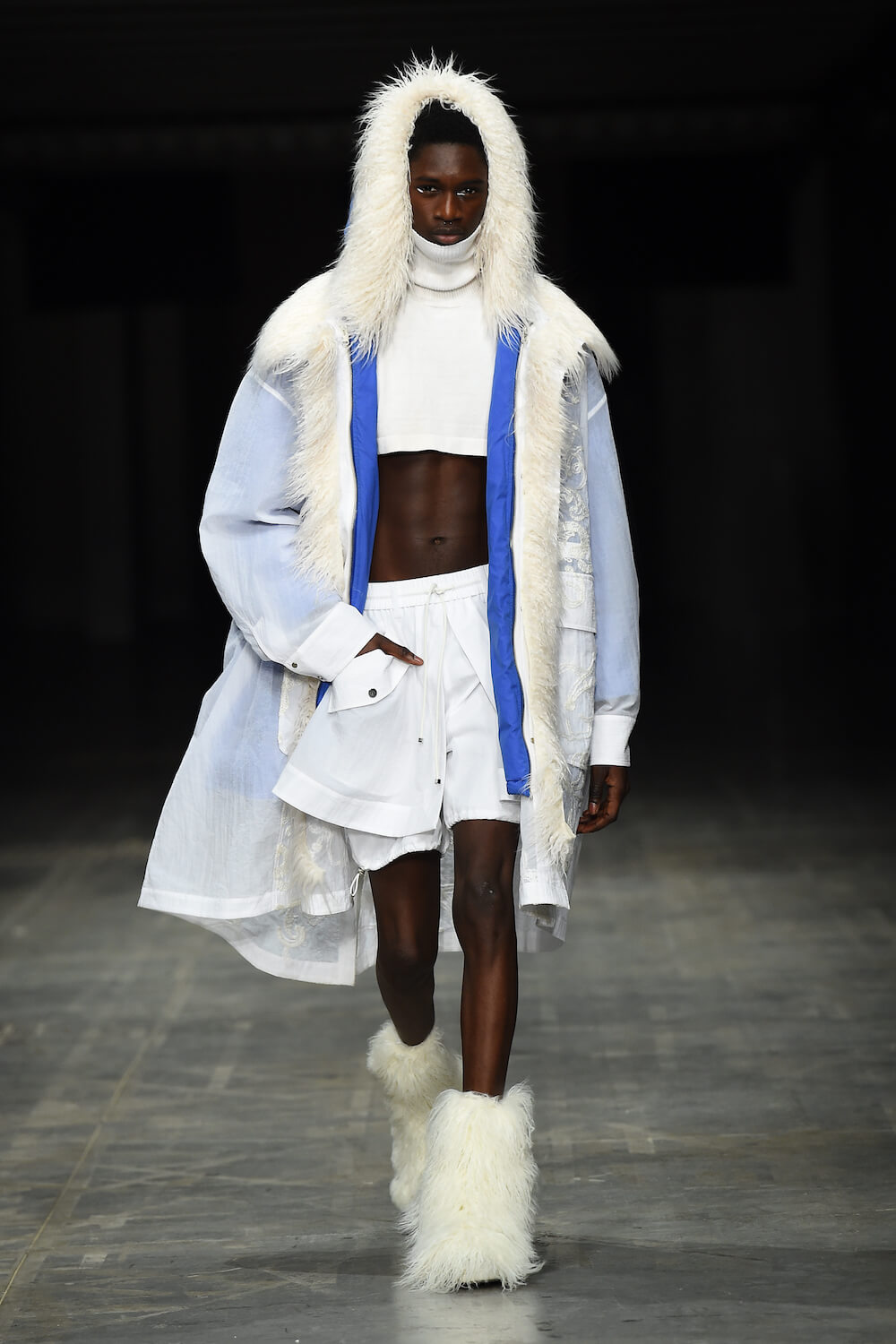 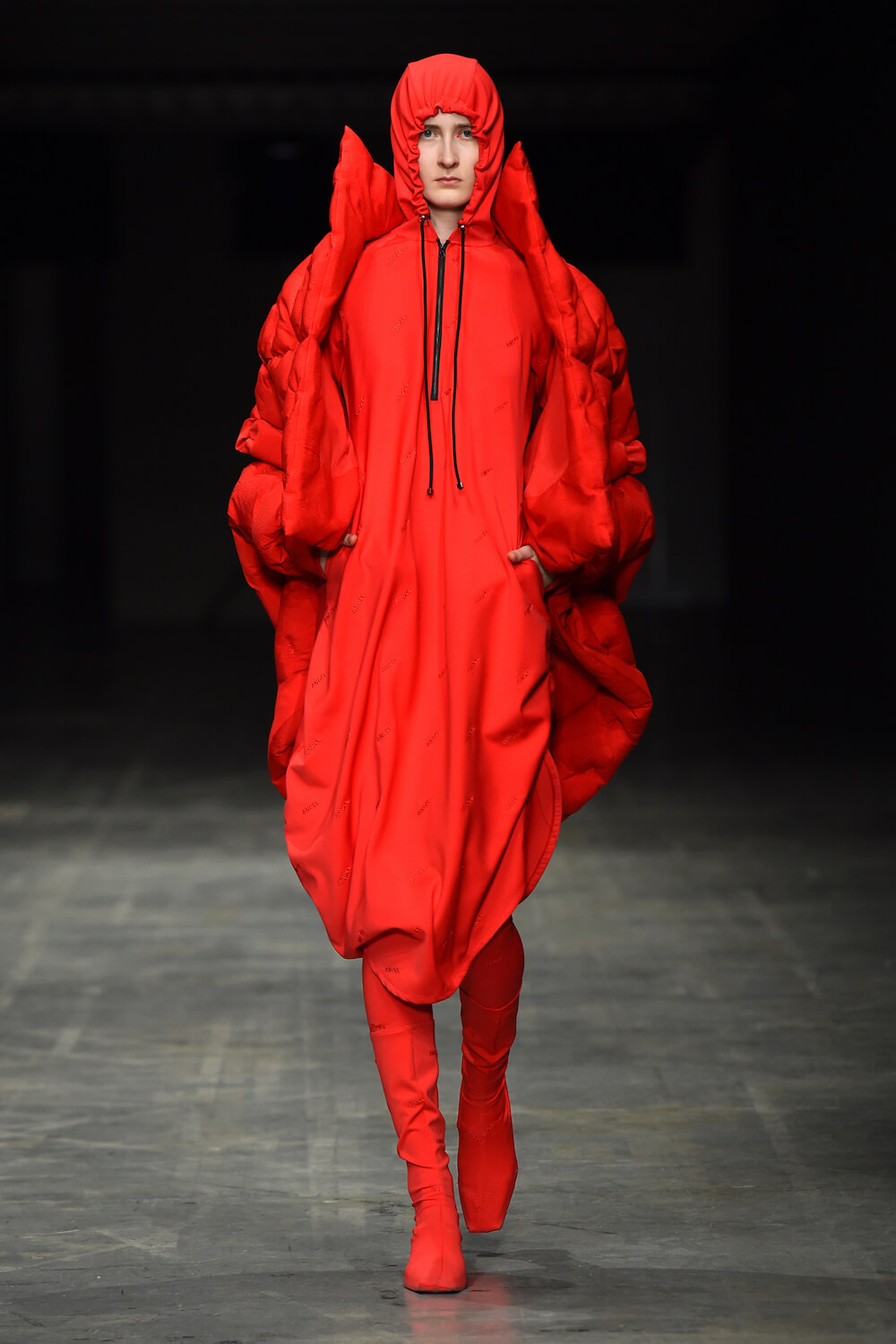 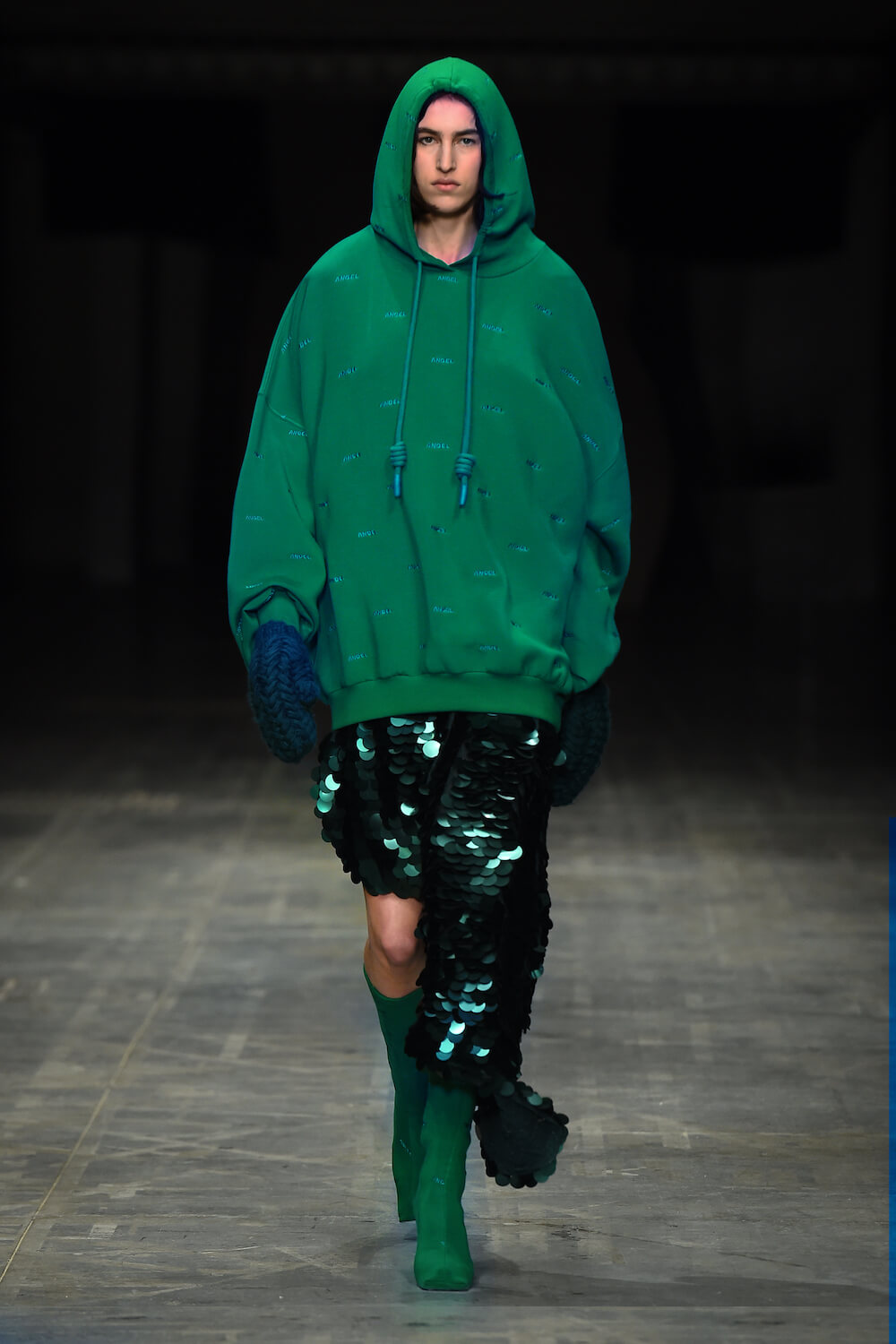 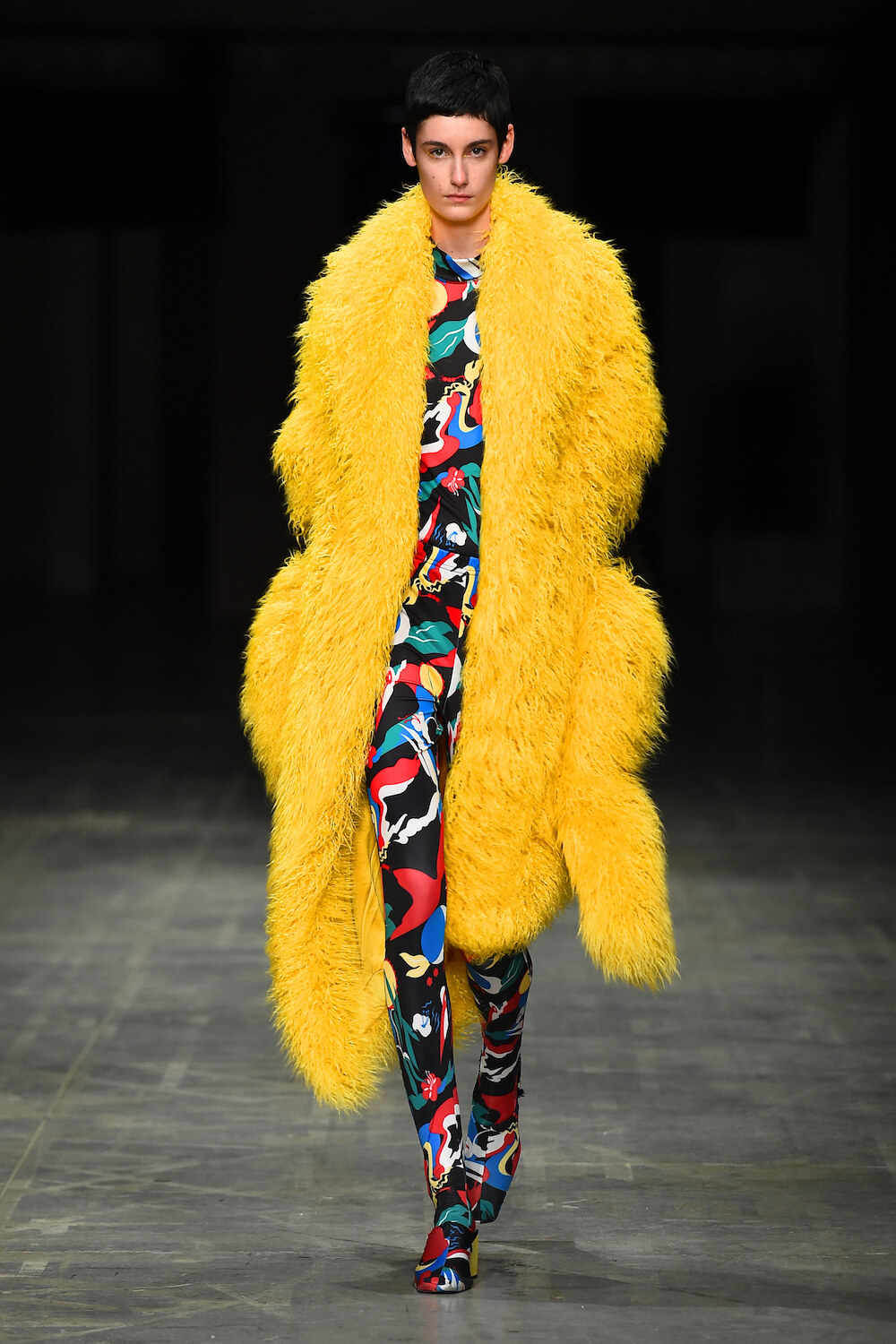 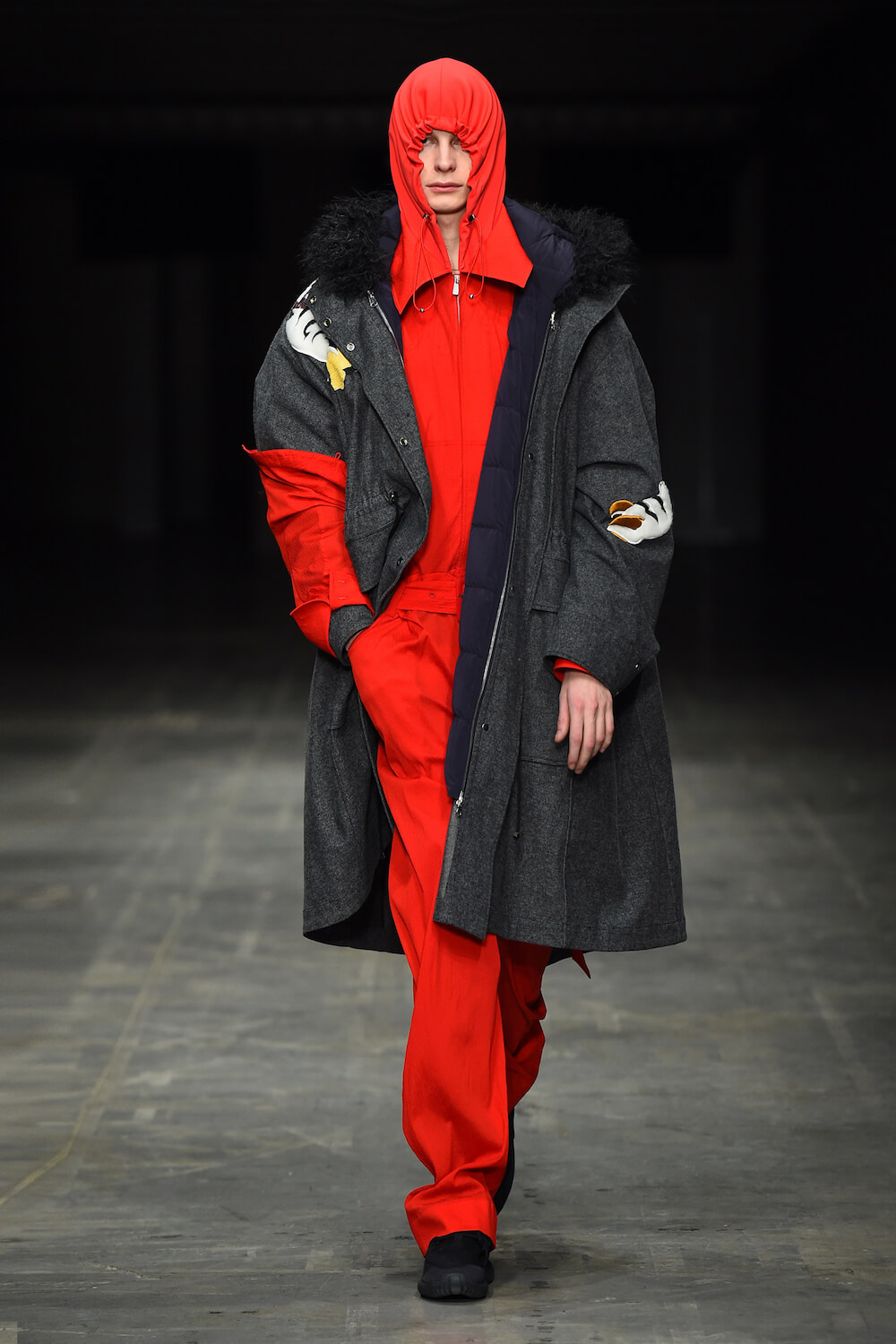 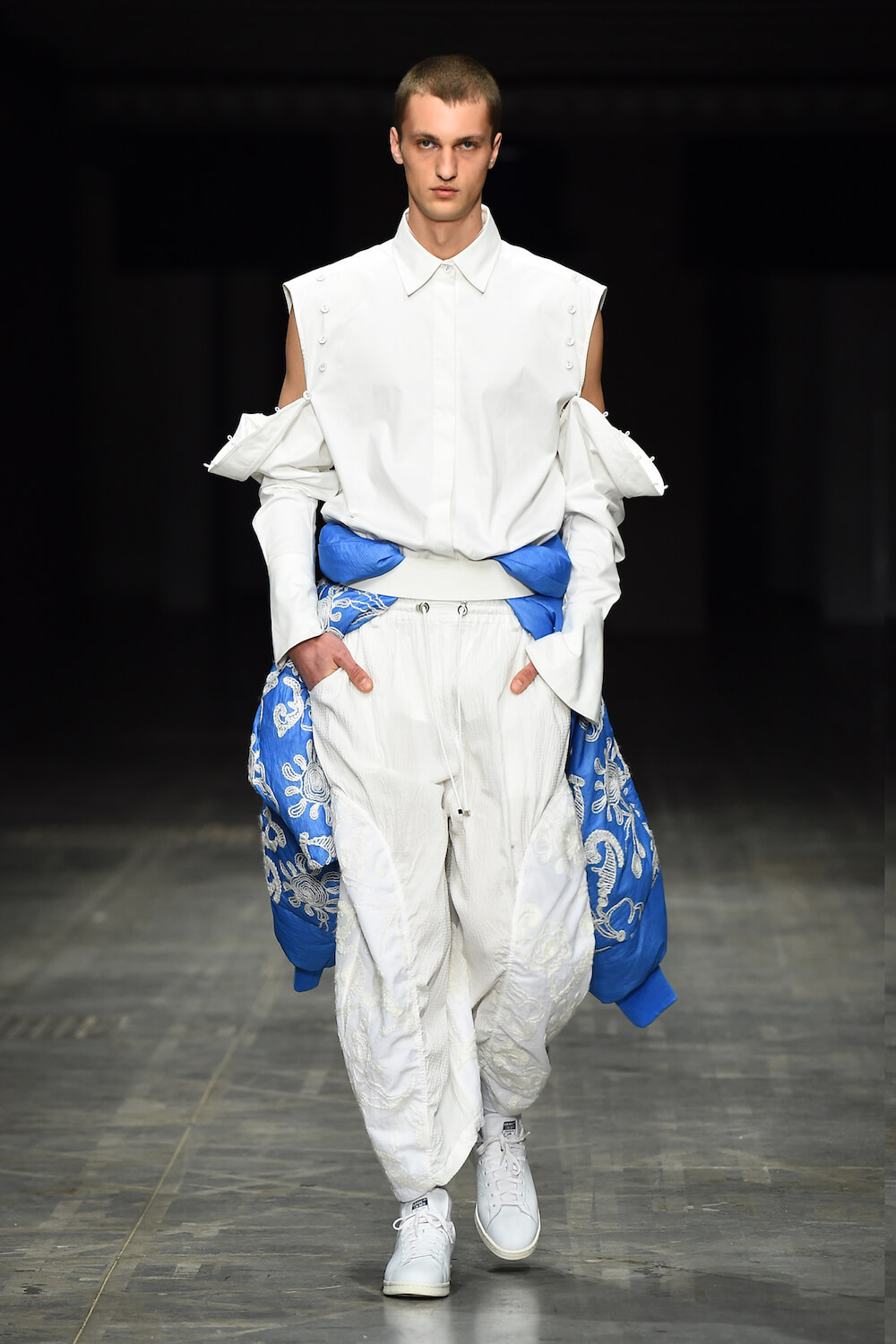 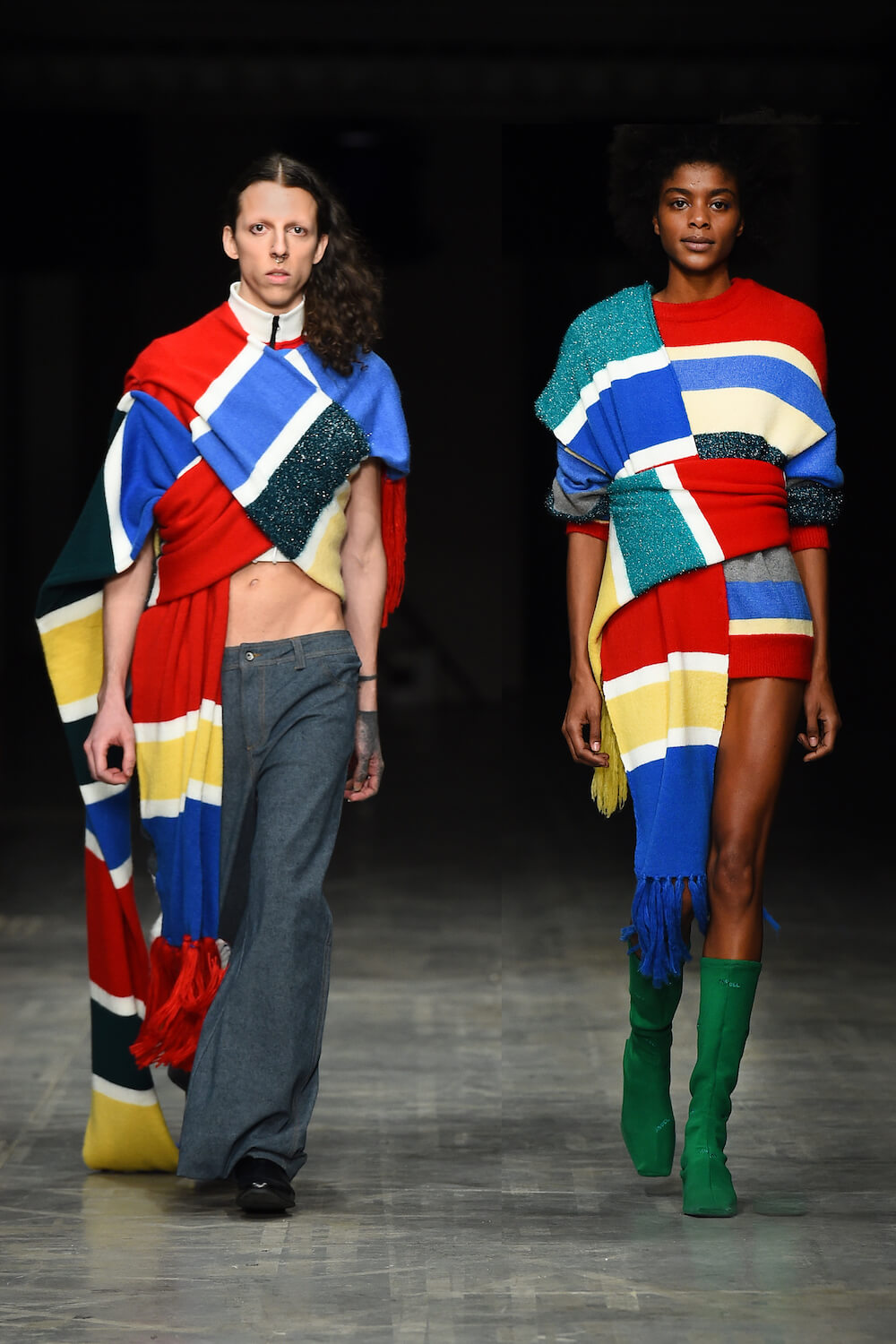 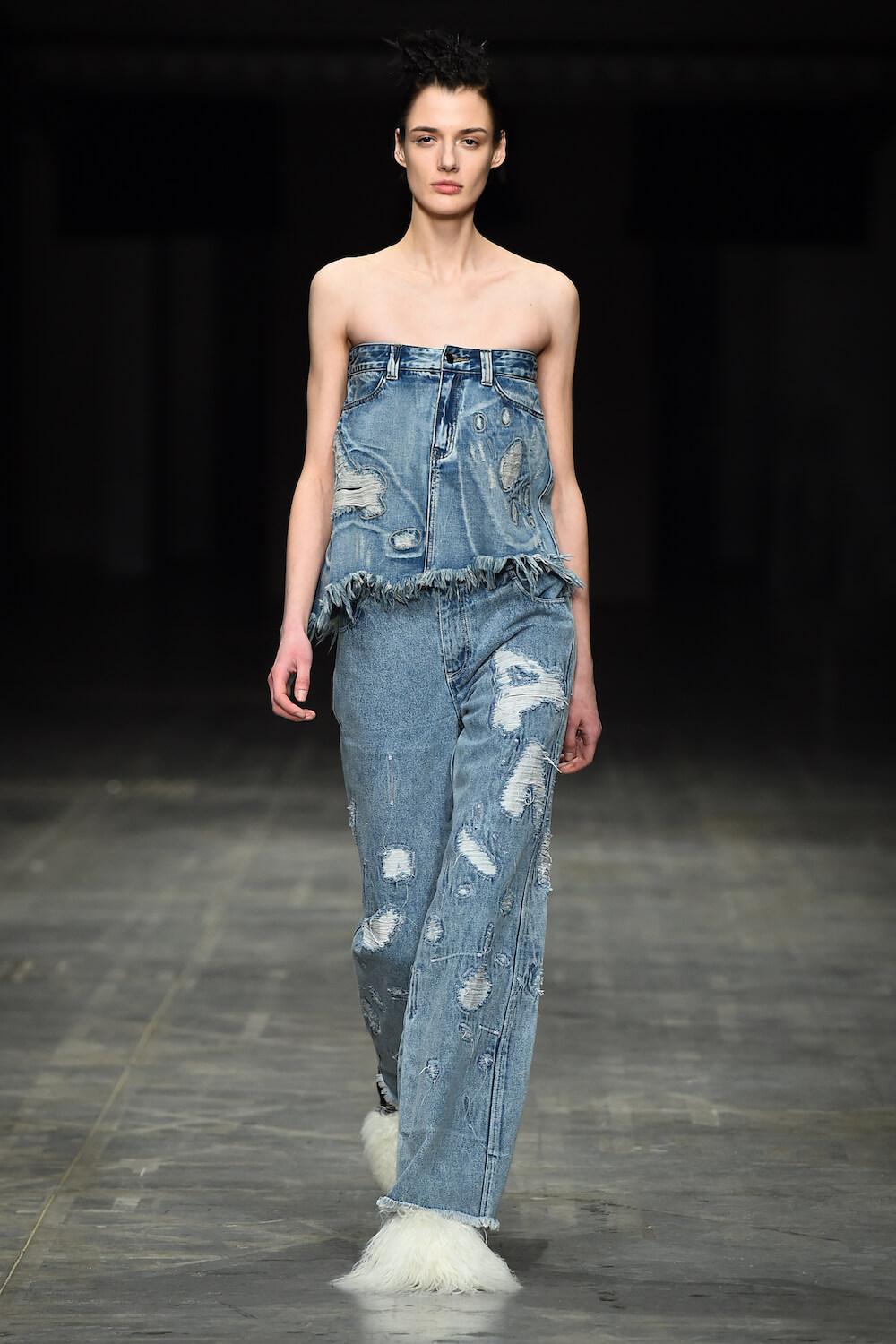 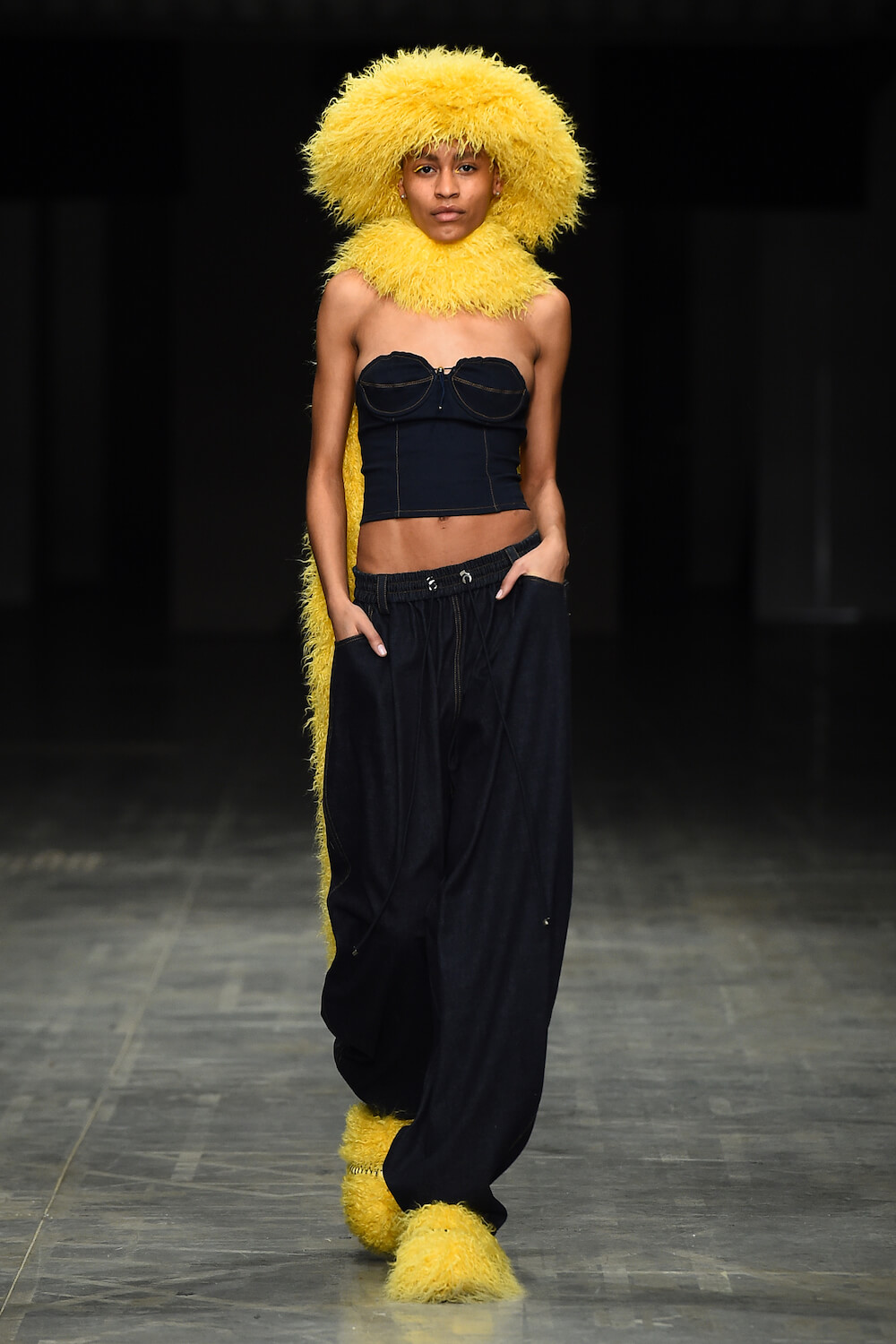 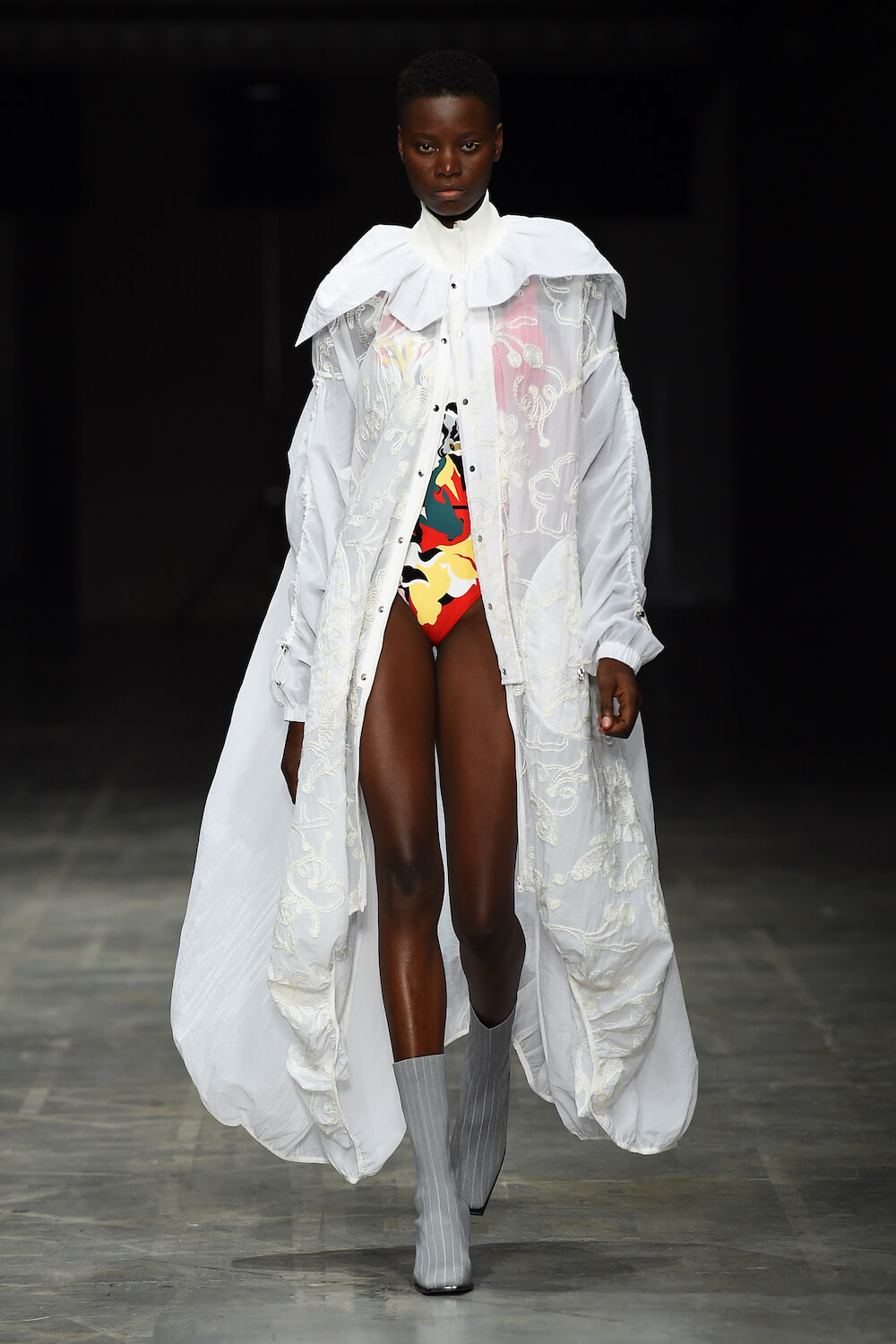